Forested regions in northern and western Alberta provide approximately 88% of surface water supplies to Alberta’s population and support around 200 municipal drinking water treatment facilities in the province. Thus, forested regions of the province are particularly important for drinking water supplies for a very large proportion of Alberta’s population. 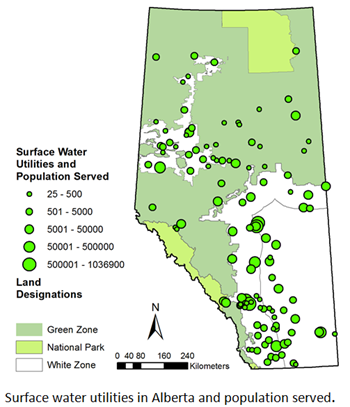 These surface water supplies are highly vulnerable to inputs of sediments, naturally occurring organic compounds, nutrients, and other contaminants during high flows. Source waters are also vulnerable to changes in landscape condition from a range of natural and human caused disturbances. Recent increases in the magnitude of wildfires, along with increased provincial water demand, have resulted in a need to evaluate the risk of wildfires in forested regions to downstream municipal drinking water supply and treatment systems. 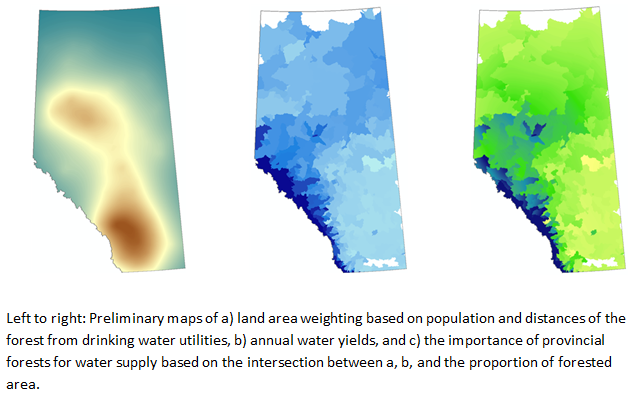 This research aims to evaluate the magnitude and likelihood of wildfire occurrence in forested source water regions in Alberta and evaluate the impact of these wildfires to downstream water utilities. This will enable predictive scenario analysis of likely risks to municipal drinking water systems and serve as the basis for evaluating the impact of existing and future management strategies for drinking water security by end-users in Alberta, as well as elsewhere in Canada and abroad. 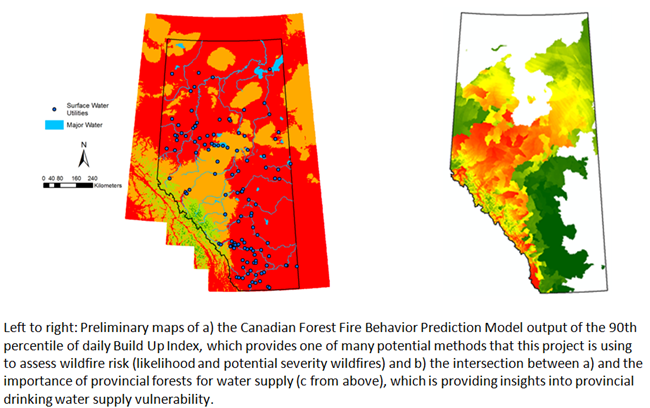